There are several reasons why you should go vegan. The most popular one has to be the ethical.

If you ask a vegan why they did it, the most common answer you’ll get is probably: “For the animals.”

Many people believe that animal cruelty is wrong, yet they act against this belief and their morals every single day when they choose to buy and eat an animal product.

We have been conditioned to believe that animals are products, and we can treat them however we want. This is what society has told us. We grow up watching everyone around us eating dead animals without batting an eye, and then we do it ourselves without asking any questions. Because when we begin to do that we realise that there really is no justification for taking away the life of another being.

What we need to do is change our perspective, try to put ourselves in the victim’s position. Ask yourself would I want to be treated like that?

Now, I’m not here to bully anyone about their eating choices, I know that some vegans can come across as quite aggressive when trying to be heard.

I’m only here to help you start questioning.

Billions of farm animals are slaughtered every year 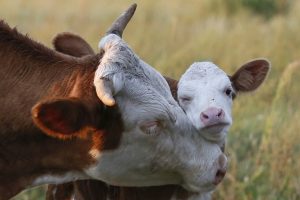 Over 150 billion farm animals are slaughtered every single year. If you add the 2,8 trillion fish to that number as well, you can’t even imagine how many lives are taken each year for the sake of our tastebuds.

Try to think about why you eat animals. Do you have any good reason for it?

There are a few general reason why people do it. Because it’s natural, necessary, normal and nice (also called the 4N’s).

Let’s talk about these reasons.

Many non-vegans will way that it’s natural to eat meat, but just because something is natural does that make it ethically right?

This justification for eating meat is mostly made based on the fact that we as humans are capable of digesting meat, milk and eggs. This is true, since we are omnivores; meaning we can thrive with or without the flesh of an animal. However, this also means we can thrive on plants only, a whole foods, plant-based diet.

Most people have access to a vide variety of plant foods, so we can eat that instead and decrease the amount of suffering in our everyday life. Because that is really what veganism is about – decreasing suffering.

People will also say eating meat is natural because other animals eat it, but should we really shape our behaviour based on what animals do? Animals do a lot of things we find unethical. They rape, fight and kill each other; some even eat their own children!

Would we ever do that? No! Animals don’t have moral agency. They don’t have the ability to make a choice about what’s ethical. But we do.

And speaking of rape and murdering, these things are natural, too. Does that mean I should go out and kill a person or a dog on the street?

I think you know where I’m going with this.

We have been told it since we were children:

“You need meat for protein so you can grow up big and strong.”

“You need milk to have strong bones.”

Protein can be obtained easily from plants (some of the best sources being legumes, nuts and seeds). Calcium is a bit trickier, but can also be found in various plants. You only have to do a little bit of research to find out where to get you nutrients from, and if you’re still not sure you’re hitting them all, you can go see your doctor for a blood test or get a supplement.

As I said before, we are omnivores and this means that we can survive without eating meat. Many studies have actually found that you can be just as, if not healthier, without it. If we can live healthy and happily, and save lives in the process, why shouldn’t we? 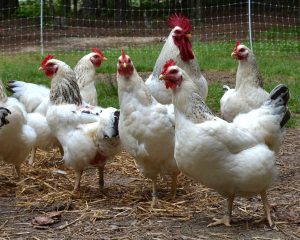 Yes, it is normal, unfortunately.

It is so normal that people are consuming way too much meat than what is good for them. And I get that it can be hard to go vegan for this reason. Meat is everywhere! Even the biggest holidays are based around it. You don’t want to be left out.

But again that does not justify eating meat. For a long time it was normal to have slaves, but that did not make it ethically right. And keep in mind that holidays are not about having a big non-vegan dinner, but rather strengthening your relationship with your family and friends.

Most vegans will admit that they did not go vegan because they disliked animal products. But taste and pleasure are terrible justifications for eating meat.

Do you value your tastebuds over the life of an animal?

For a few moments of pleasure, is it okay to kill someone? Psychopaths do it, but they’re put in jail anyways.

There are so many things you can eat instead of meat that taste even better! And if you really miss the taste of it, you can most definitely find vegan meats or even cheeses in your grocery store. And non-dairy milks there are tons of!

After a few weeks without animal products, your tastebuds will already have adjusted, and you won’t miss it as much.

Why should you care about animals?

So yeah, there really is no reason for killing and eating animals. But why should you care? It’s not your problem. No, but animals are sentient beings, who experience emotions, just like you do, such as fear, stress and pain.

Animals were not “put here” for our selfish purposes. And you know you can survive without them. Animals should have the same right to freedom and a life without pain and suffering like you. We should not harm them just for our pleasure.

Show mercy to the animals, decrease the suffering in this world – there is already enough as it is.